Peter’s mother-in-law’s house:
The church is a modern church that was opened in 1990 and built in the shape of an octagon, but different from the church
Happiness built in octagonal outline to commemorate the eight verses of the Blessed One, the church here is a church
An octagon in its geometric center is the sacred place where the church was built – a thick glass panel
Reflecting what existed here first in Jesus’ day, and later what was built here in the Byzantine period. On here was the house of Peter’s mother-in-law, where Peter had moved, and Jesus, who left Nazareth and came to Capernaum, settled down at home, later it would be called “Peter’s house” and not “Peter’s mother-in-law”, because the person who matters is Peter and not his mother-in-law. 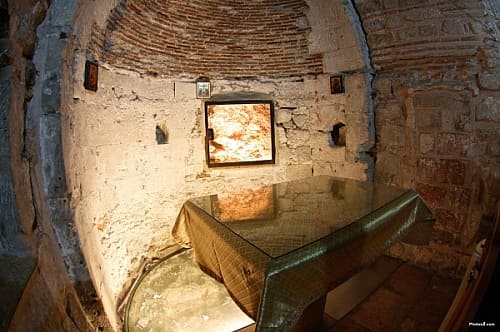 According to the gospel of John, Jesus stayed in this house for 3 years and according to the other evangelicals
One, and therefore he left for all his activities in space. Capernaum is remembered as “the city of Jesus” and this was the home of
Jesus in Capernaum.

When the Franciscans settled in space, excavations began in the late 19th century, continuing
The 20th century found Byzantine remains, as well as the remains of a rural city, a residential complex that lasted.
From here to the synagogue (a distance of about 30 m) and dating from the late Roman-Byzantine period.
The residence was designed according to the Roman hypodemic method, with Cardo and Decumanus and straight and crossed streets, and in the lower strata, there are remains of the ancient Roman period, from the time of Herod to the rebellion of the bar.
Kochba) includes, of course, the time of Jesus (the entire dwellings are called “insula” by archaeologists) in Hebrew:
A building (like a block with houses. In the insole above, a room was used as a residence,
Which is bigger compared to the living rooms of the other insoles. The hypothesis is that the room is bigger, because it is
Used not only for family reunions, but also to gather or host other people who came to
Home. This is probably the most important insula that was in Capernaum, so it was nicknamed “Insula
Sacra “- to Holy Insula. According to archaeological logic, in addition to a larger dwelling than the other buildings, it appears that there is an octagonal structure with 3 octagonal shaped walls, where the inner wall, which is central to the perception of the sacred place, surrounds the square room that was later identified like Peter’s house. If in the Byzantine period an octagonal church was built here that surrounds the sacred place
This, and between an octagonal wall and two people, there was a procession around
5 and entered the holy place, because apparently in the Byzantine period, they identified this place as the holy place where Jesus was when he was in the village. 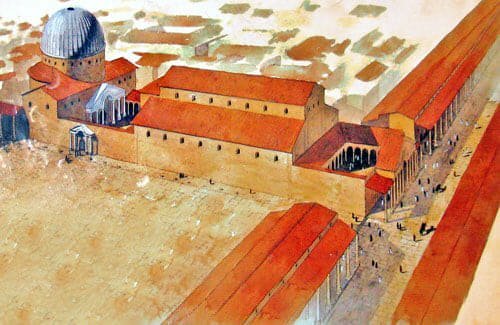 Nahum. In addition, there were also coins and graffiti inscribed as a sacred center in the village Nahum. If in the Byzantine period a church was built here, it did not happen because the Byzantines decided to look for a sacred place,
But because they were aware of some sequence of traditions that referred to this place as a sacred place and a mother
This place is broader in relation to the others, it may have been expanded after the life of Jesus
Make it possible to gather here and celebrate the sanctity of the place. If the venue served as a meeting place before
The Byzantine period, before the establishment of the Byzantine church, can be called a “meeting house” in Latin:
Domus Ecclesia (- a place where believers met, perhaps Christian judokas, and the place of memory of the place).
Although the modern church does not follow the lines of the Byzantine church, it maintains the structure
The octagon and the glass panel allow an appearance similar to the sanctity of the place over the periods. The octagon belongs
For the church, and the meeting structure is the large square room. 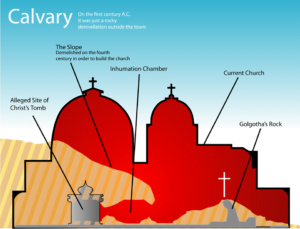 In an octagonal structure like this, wherever you are, you can connect to holiness, as opposed to a structure in the basilica, where sacredness progresses to the east.

The Iger passenger also says she visited the synagogue in Capernaum and went up the stairs for him. The topography
The place fits the description of Igeria and, as there is no church in the immediate area, it is very likely
That this is the church that Igeria describes.
In 1990, a church was built above the church site in Pedro’s house, a church built with a special design by the architect
The Italian Ido Vita, which is transported in 8 pages above the excavations to protect them. Central floor
The church is made of glass, so you can observe the sacred complex below and perform prayer ceremonies on it without
In contrast to the Basilica Church, the Octogonal Church has no apse, but there is an altar facing east
Allow a mass to exist.

A look at the reliefs on the wall, which allow a brief repetition of the events related to Capernaum. 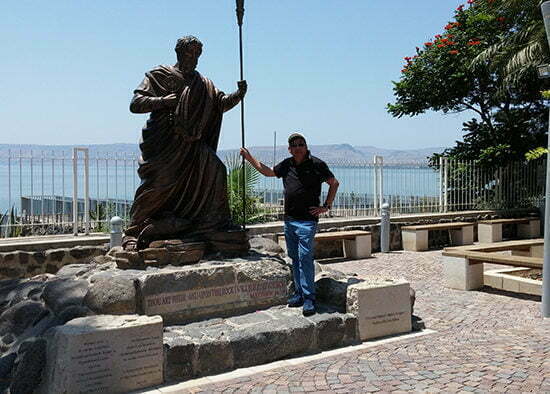 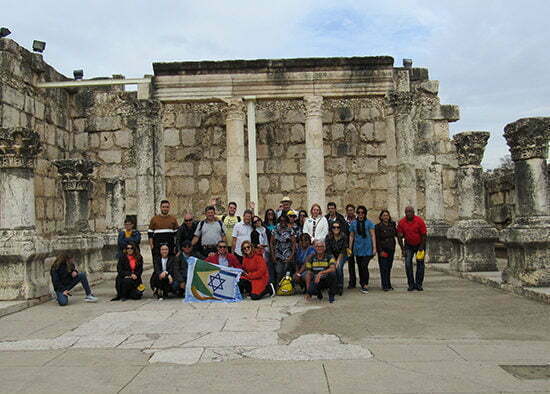 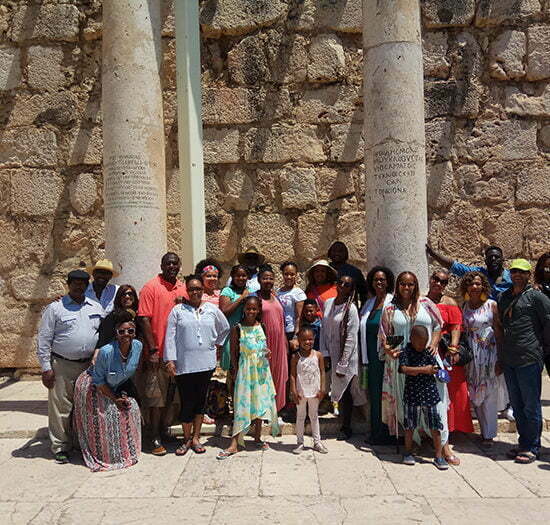 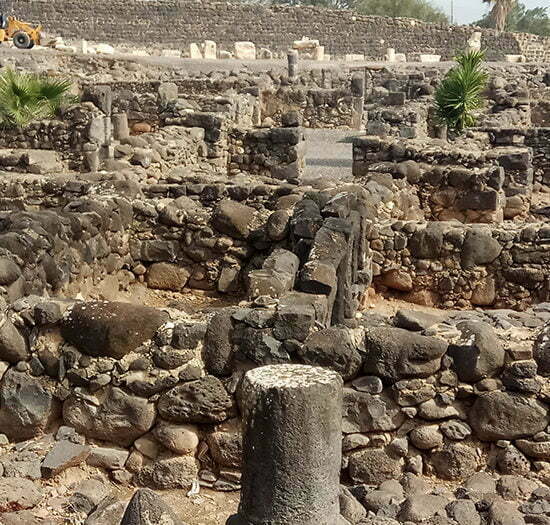 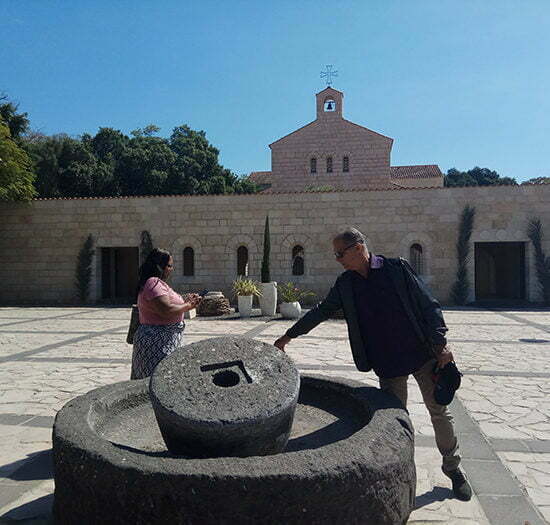 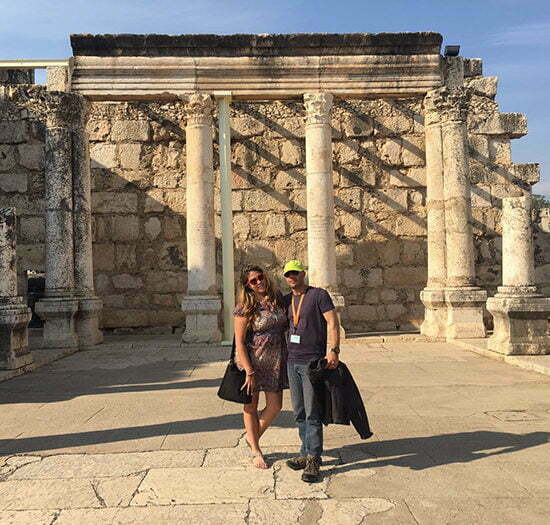 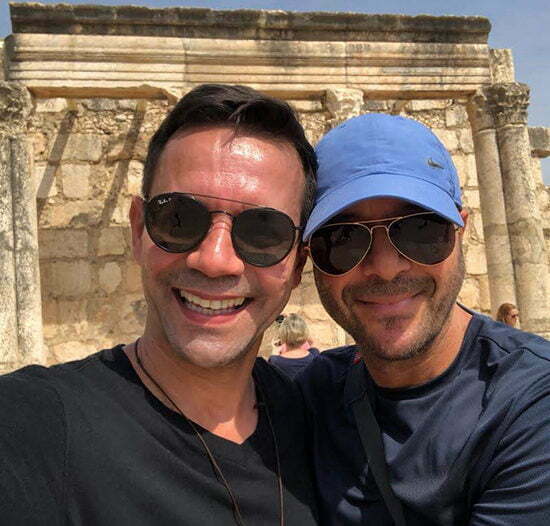 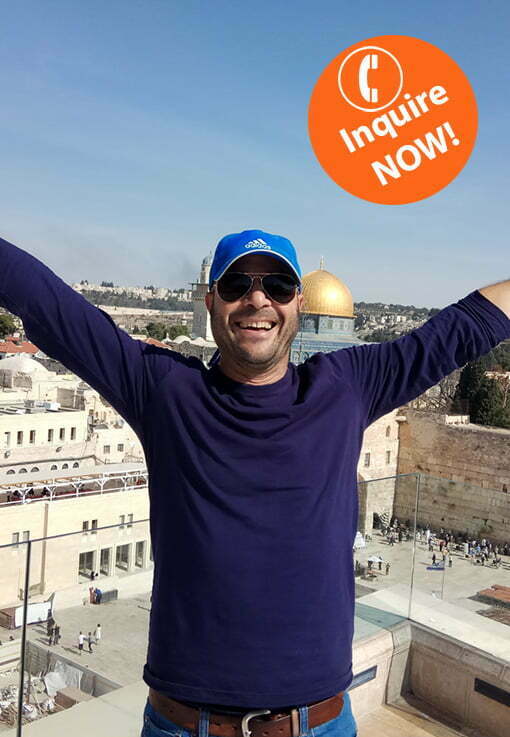