Jerusalem. Excursion To The Old City steps of Jesus 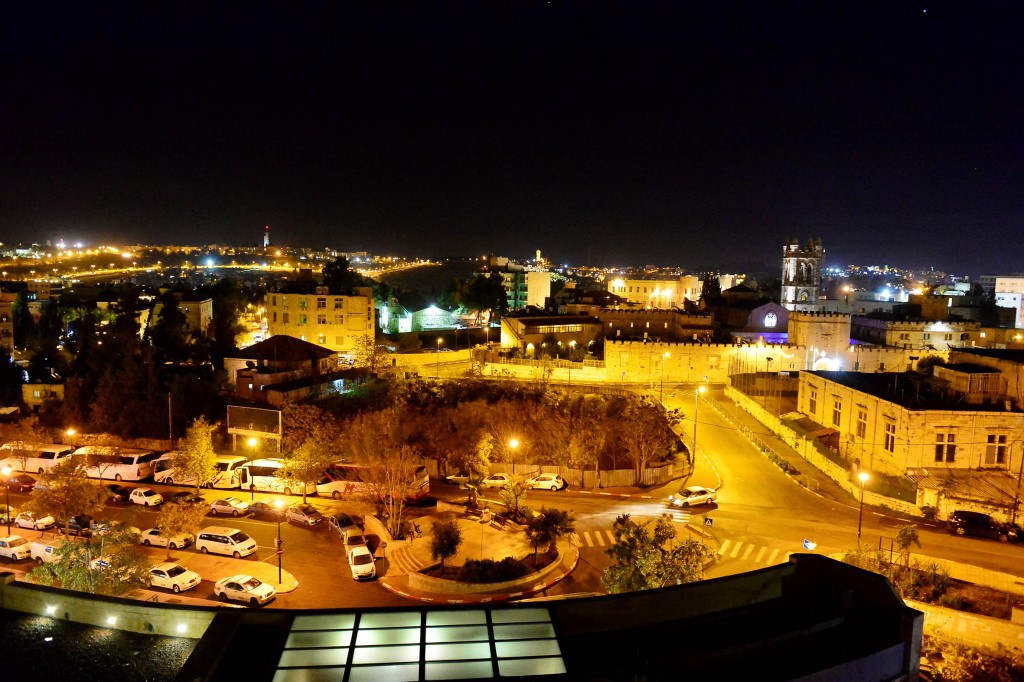 After a stunning view of the city from the revered MOUNT OF OLIVES, continue to the  GARDEN OF GETHSEMANE, where Jesus prayed the night before his arrest. 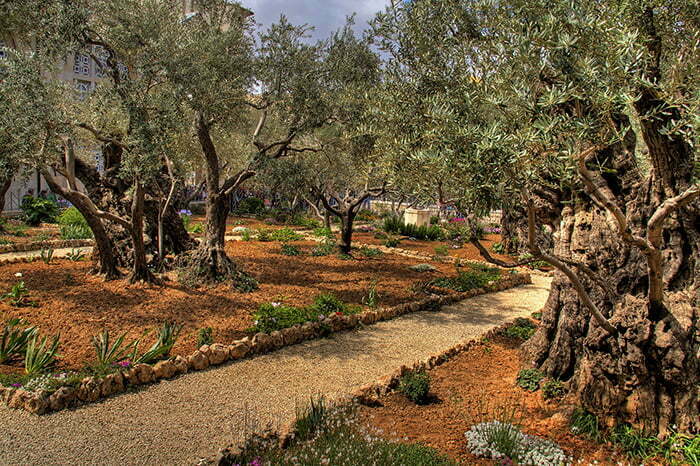 A visit to the Jewish quarter . Follow the VIA DOLOROSA with its nine Stations of the Cross,  marking the path Jesus walked on the way to his crucifixion.
A visit in the Garden of tumb .
The place where we Protestants is the holy grave.

From their we’ll continue to the WESTERN WALL, and MOUNT ZION and visit the UPPER  ROOM, where Jesus and his disciples had the Last Supper; the TOMB OF KING DAVID;

If time let us A visit in the Foz museum.
A life time changing experience.

Sea of Galilee. Excursion to Nazareth ( mount of precipitation)Mount of  Beatitudes–Tabgha–Capernau-Jordan River–      Start our day with a visit in ​Nazareth​ the mount of prececitation    visit the ​MOUNT OF BEATITUDES,​ where Jesus delivered his Sermon on the Mount. 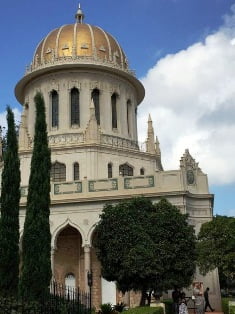 Next,  visit the CHURCH OF THE ​MULTIPLICATION OF LOAVES AND​ FISHES at Tabgha, as  well as the CHURCH OF ST. PETER’S PRIMACY, where Jesus instructed Peter “to feed my  lambs and tend my sheep.” Warm springs once flowed into the sea here, attracting fish, which is  why Peter came here to earn a living. On to ​CAPERNAUM​, where Jesus recruited his first  followers among the fishermen.    Arrive at the Jordan River and visit a ​BAPTISMAL SITE.   Over night in kibuz Genosar.

Tel Aviv– ​Caesarea–Megiddo–Muhraqa–Sea of Galilee    Your tour of the Holy Land begins with a walk through the beautifully restored ancient Caesarea,  the perfect place to learn about the Roman and Crusader presence in the country. 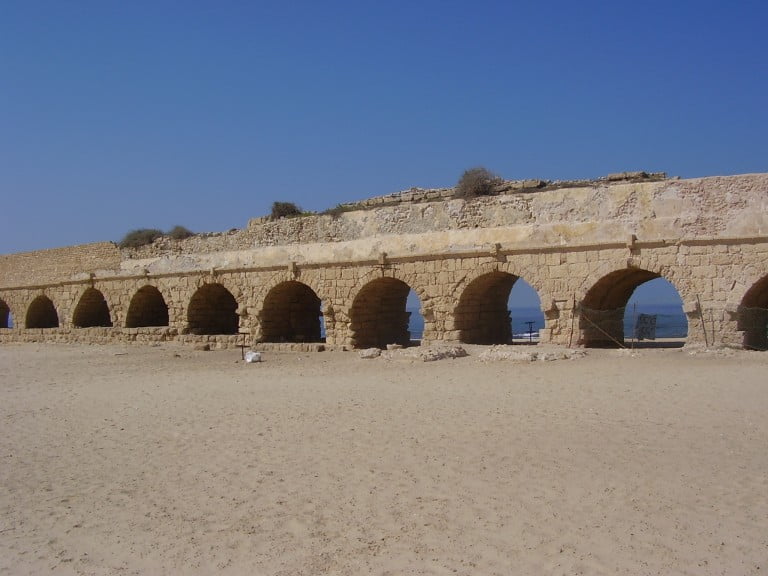 Visit the  ROMAN AMPHITHEATER and the impressive CRUSADER FORTRESS,​ and admire Herod’s  Stadium and harbor.     In the afternoon, travel to the ancient fortified city of ​Megiddo​—one of the world’s most important  biblical sites. According to the New Testament, the Battle of Armageddon will be the final struggle  between good and evil, prompting the return of Jesus to defeat the Antichrist and cast Satan into  the abyss.     Continuing north, pass through Baron Edmond de Rothschild’s vineyards and apricot groves to  Mount Carmel​, considered the most holy of all mountains in ancient times. ​At Muhraqa​, site of  Elijah’s contest of faith with the priests of Baal, enjoy a sweeping panoramic view of the fertile  Jezreel Valley, where Gideon led the Israelites to victory against the Midianites.

Massada   Dead sea      Excursion To Masada & The Dead Sea  Today, travel through the Judean wilderness to the Dead Sea, the planet’s lowest point on dry  land. Enjoy the scenery as you follow the road between the salty water and majestic desert  mountains. 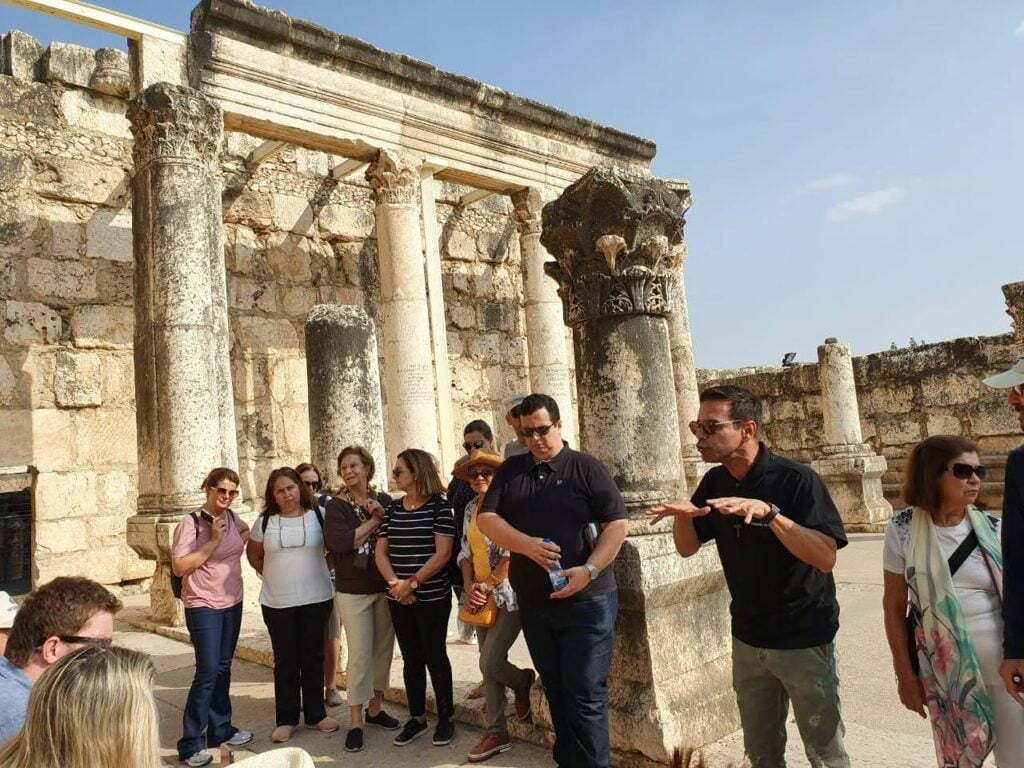 Catch glimpses of the Caves of Qumran, where the precious Dead Sea Scrolls were  found. Ascend by CABLE CAR to the spectacular clifftop ​FORTRESS OF MASADA​, and hear  how 960 Jewish rebels made their last stand against Roman forces. Around lunchtime, reach a  comfortable ​DEAD SEA RESORT

Going down to the center of the city of David  Western wall tunnels       30 It was Hezekiah who blocked the upper outlet of the Gihon spring and channeled the water  down to the west side of the City of David. He succeeded in everything he undertook. 31 But  when envoys were sent by the rulers of Babylon to ask him about the miraculous sign that had  occurred in the land, God left him to test him and to know everything that was in his heart       Cronicles 2; 32     Neh 3:15 But the gate of the fountain repaired Shallun the son of Colhozeh, the ruler of part of  Mizpah; he built it, and covered it, and set up the doors thereof, the locks thereof, and the bars  thereof, and the wall of the pool of Siloah by the king’s garden, and unto the stairs that go down  from the city of David.  David conquered the city from the Jebusites

Bible in your hand and from the pages coming up the stories, an unforgettable experience, we’ll  walk in the narrow tunnel, to the underground channel towards the Gihon tunnels, and the  Canaanite or the canal dry and wet that King Hizkiyahu carved    After a steep descent we will pass through the Shiloh pool to stand right where the kings were  anointend, from here the priests went up to the Temple to worship God on Shavuot, here Jesus  performed the miracle of the blind man    We will continue towards the tunnels of the Wailing Wall, which will reveal life to us during  the days of King Solomon and Herod; the cornerstones of the western wall will pass directly in  front of the Holy of Holies and through the underground streets  The tunnels of the western wall are being rejected by the Jewish and Muslim neighborhood 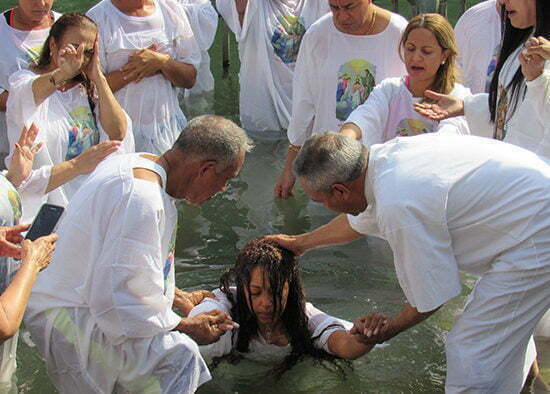 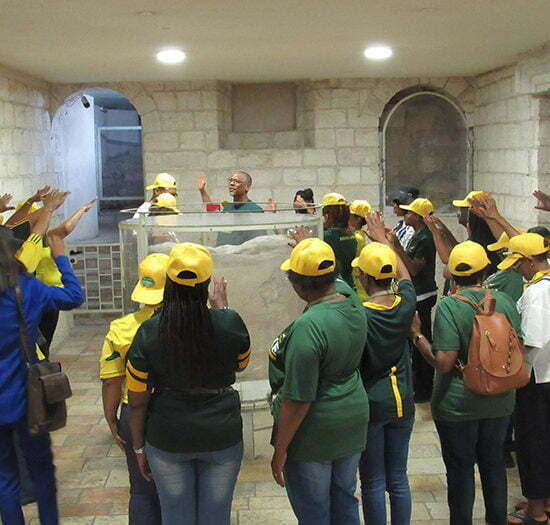 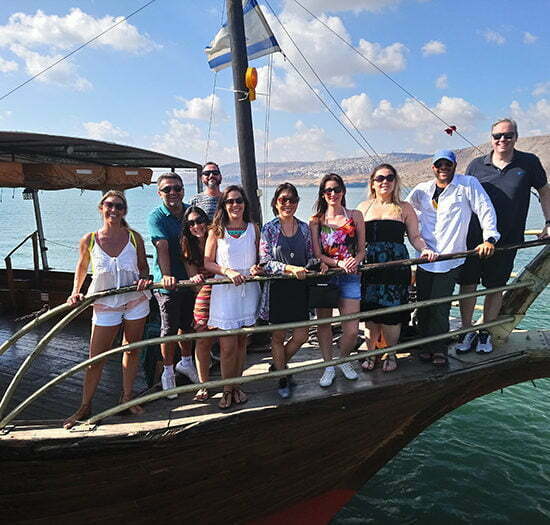 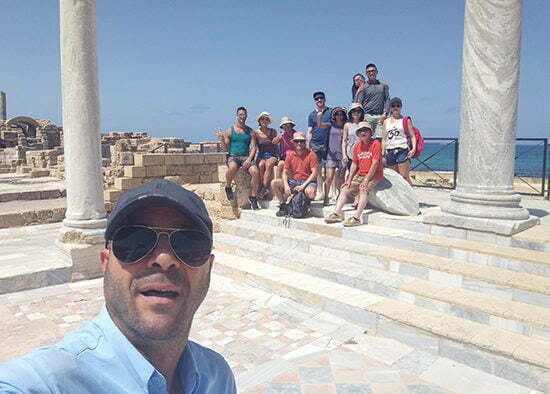 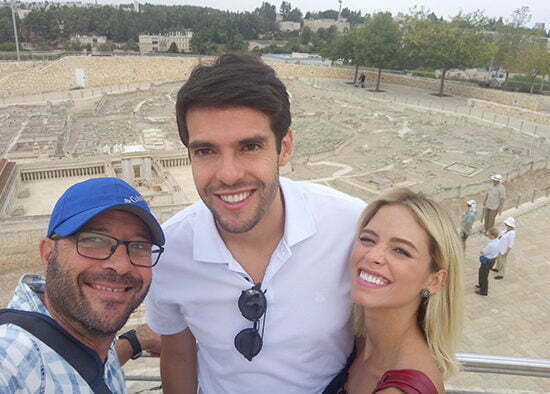 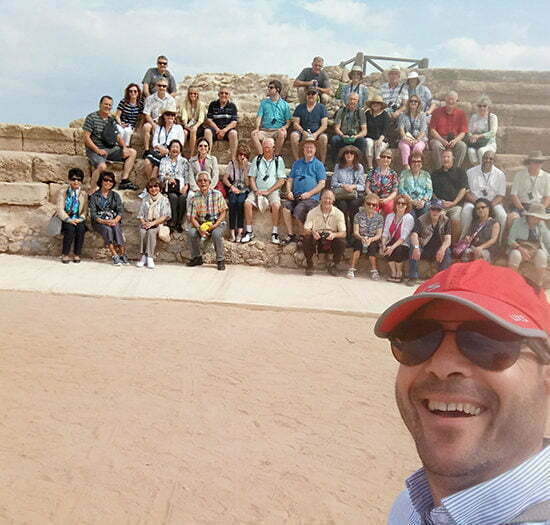 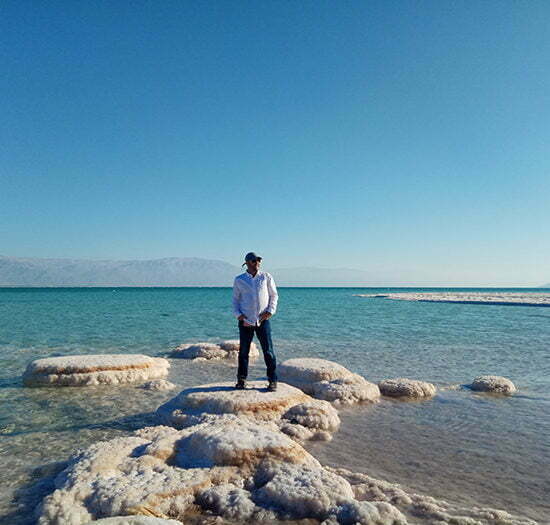 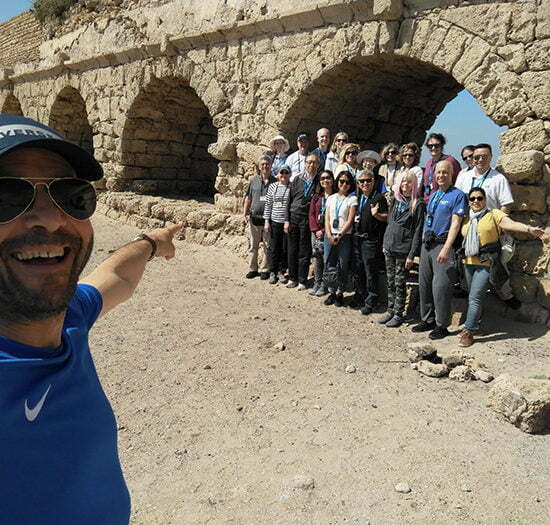 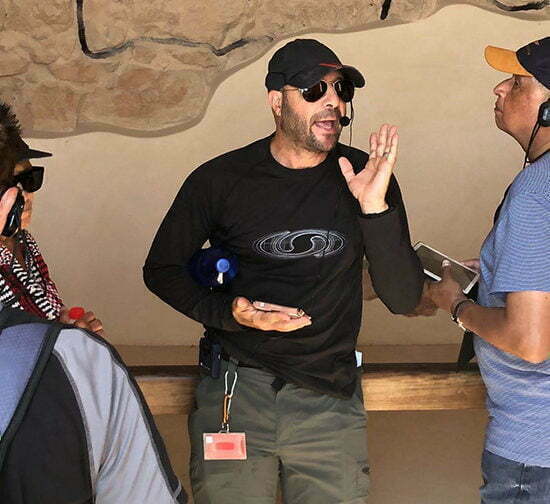 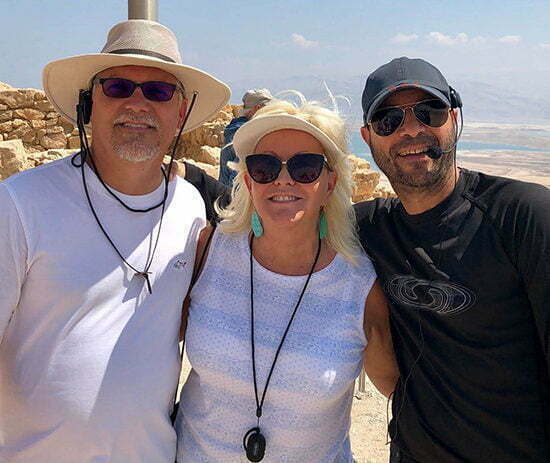 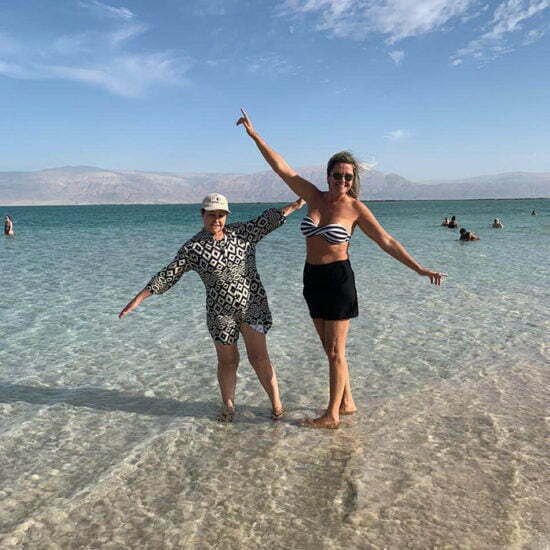 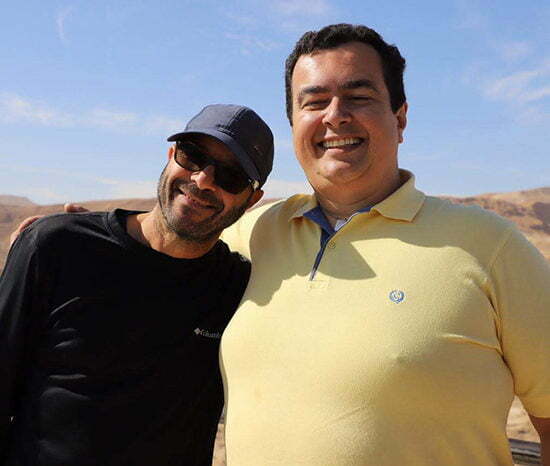